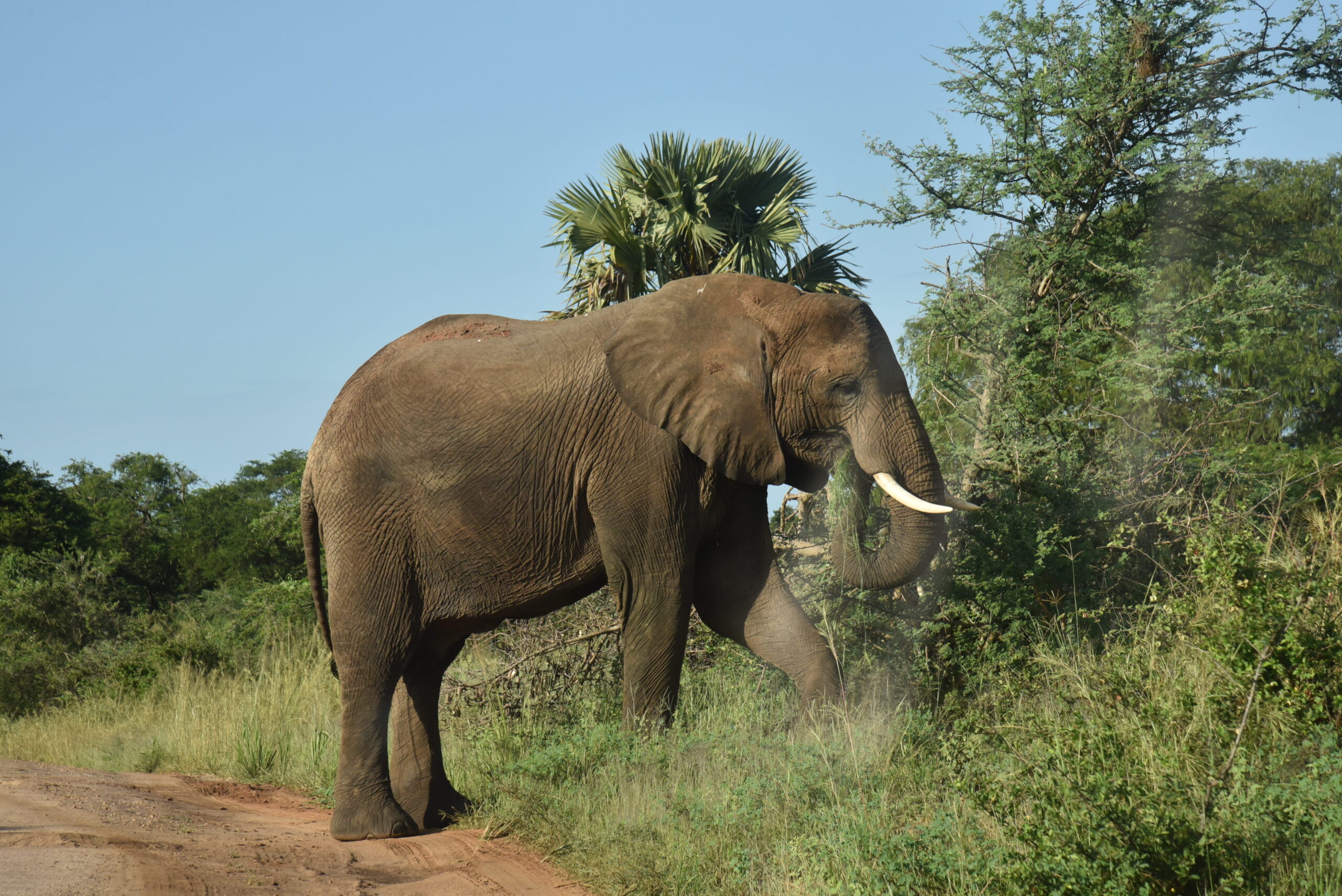 Throughout these months, there’s little rainfall, which means the tracks leading you to wildlife during your game drives remain dry and accessible.

This season attracts animals to water sources, so it’s easier to spot them while out on game drives.

The dry season falls between December to February, and then again from June to September. During this time, there’s plenty of sunshine and rarely any rain.

The park experiences a stable equatorial climate throughout the year . The temperature ranges between 25-32°C during the day and drops down to 18°C at night.

The temperature in January and February is hot, so be sure to wear light clothing and bring plenty of water and sun screen.

The wet season falls between July and November, and again from March to May. During this time the landscape is at its most beauty.

Murchison Falls National Park lies in a very dry part of Uganda, so it’s rare for the rain to interrupt your safari. However, the surrounding roads could be hard to travel on during this period.

While you’re still likely to spot wildlife, they tend to hide away and shelter during the rainy season. If you’re interested in chimpanzee trekking, the ground may be wet and slippery, so sturdy boots are essential.

Higher rainfall is more likely in April, May, and August through to October.

The high season falls between June to September, as there’s little to no rain and lower temperatures. This tends to be the peak time for gorilla trekking, so there’s a lot of tourists in Uganda.

During June and July, there’s high competition for accommodation, so we recommend you book a lodge several months in advance of your trip.

The low season is March through to May, and October to November. Though you’re unlikely to experience heavy rainfall at Murchison, surrounding lodges may be closed due to bad weather.

The best time to spot wildlife in the park

The best time to spot wildlife in Murchison Falls National Park is December through to February.

For chimpanzee trekking, October through to January are the best months, due to the grass being short and fruits starting to ripen.

If you’re interested in birdwatching, we recommend you visit during the wet season. March is the best month to spot some of the 451 species of birds.

Like the rest of Uganda, Murchison Falls National Park experiences a relatively stable climate throughout the year. Being so close to the equator, the weather at Murchison Falls does not offer extreme conditions unlike some of the countries in the northern hemisphere, making it a perfect year-round destination. However, global warming has resulted in unpredictable weather patterns all over the world, and some guests may have to deal with some unexpected conditions during their travels in Uganda.

Dry Months, Best Time & High Season For Murchison Falls: December, January and February are the driest, most humid and hottest months but not the peak season of travel in Uganda. Expect few guests compared to the peak season.

Best Time For Birdwatching Safaris In Murchison Falls: The best time for birding safaris in Murchison Falls Park is from January to March when it is the driest. The migratory birds arrive in November and leave by April. The peak rainy months of April and May and August to November brings abundance of food that leads to a lot of avian activity though trails can be slippery, and also roads and airstrips can be challenging to navigate.

The peak wet and rainy season months are April, May, October and November

Enchantingly beautiful during the wet seasons because of an explosion of new plant life, economical safari vacationing in Uganda because of the lowered room prices