The 17 Days Uganda Birding Safari & Culture Tour spots you to a number of bird species in Uganda. 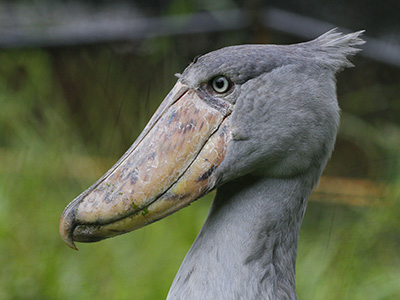 Upon arrival, you will be met by our professional driver. Then, you will transfer to your hotel for overnight stay.

To begin with, you will transfer to the Source of the Nile in Jinja. Thereafter, you will stay at Jinja Nile Resort. Surprisingly, all rooms are overlooking the Nile.

The source of the Nile is the site where on July 28th 1862, John Speke declared that he could see the “old father Nile” emerge from its source the Victoria Nyanza. Furthermore, a special monument was raised on the spot where he stood on the west bank of the Nile. This was purposely for marking that historical event.

Additionally, there are Source of the Nile Gardens that are serene and spacious. Also, there is a variety of indigenous birds and a number of monkeys that appear at particular times of the day.

The place offers a beautiful view over Lake Victoria, the world’s largest fresh water lake and the Source of the River Nile.

First of all, you will drive to Kampala for city tour. Then, will stay at Hotel Acacia.

After breakfast, we will transfer back to Kampala via the Mabira forest for birding. More to that, Mabira Forest Reserve is the largest block of moist semi-deciduous forest remaining in the central region of Uganda.

Additionally, the reserve occupies gently undulating country. It is characterized by numerous flat-topped hills and wide, shallow valleys. Some of these valleys have papyrus swamps.

The closeness of Mabira to Kampala and the presence of various ecotourism facilities makes it a popular site for birders. The bird list for Mabira forest contains almost 300 species. They include the;

Later, after lunch, we proceed to Kampala City for a city tour. While there, we will visit the Uganda Museum; a display of Uganda’s cultural heritage. Additionally, you can see ethnological and natural-historical exhibitions. Indeed, it is a vivid reminder of the country’s colorful past. We will also visit the Uganda Craft markets at the national Theatre and the Uganda Craft Village on Buganda Road.

Lastly, we will go for dinner at overnight stay

Day 4: Birding to Mabamba Wetlands for the Shoebill

On this day, we shall have a tour in dugout canoes. Drive to Equator stop for lunch, photos and shopping. PM-Drive via main entrance to Lake Mburo National Park. Stay at Mihingo Lodge.

Early breakfast, then out to Mabamba Wetlands on the shores of Lake Victoria. This is one of the few remaining swamps in the country protected by the local communities. Furthermore, it is an extensive papyrus swamp with its labyrinth of channels and lagoons.

Also, it is classified as an important Bird Area and a home to several pairs of Shoebills.  This charismatic monotypic species is certainly amongst the most sought-after birds in Africa.

In the afternoon we’ll travel to our first of many national parks, Lake Mburo. This park has varied habitats from open Acacia woodlands, to a number of papyrus-lined lakes and swamps. Later in the afternoon, after our lunch, we bird to Lake Mburo national park where we will be covering several different habitats.

Some of the many species we’ll search for en route to the park, in the woodland in the immediate vicinity of Rwonyo (at lake Mburo) and within the park include Black headed, Squacco, and Rufous-bellied Herons, Hadada Ibis, Yellow-billed (Black) Kite, Spur-winged Goose, Comb Duck, Black-chested Snake-Eagle, Lizard Buzzard, Palm-nut and White-backed Vultures.

Watch out for animals and birds. Then, relax and swim. Thereafter, you will have an afternoon game drive through Lake Mburo National Park. Lastly, stay at Mihingo Lodge.

Lake Mburo National Park contains multiple habitats, and our time will be divided between birding an extensive area of wetland, some forested areas, and open country with numerous mammals. No fewer than 300 different bird species have been recorded in the park.

The more open grassland north of the camp, particularly along the Zebra Track, is worth exploring for species such as Coqui Francolin, Red-necked Spurfowl, Black-bellied Bustard, Temminck’s Courser, and African Wattled Lapwing, and it is here where small numbers of the migratory Brow chested Lapwing can be regularly observed. Mammals will be a large part of our visit to this park, and the many species we might see include the shy Oribi, graceful Impalas, and Common Zebras, all found

out in the open, park-like woodland.

Travel to Bwindi Impenetrable Forest via main roads. Stay at Mantana Camp (Engagi Lodge) On this day we have a morning boat trip on Lake Mburo where we have chances of seeing game like;

We shall then proceed to Bwindi Impenetrable national park. The Park is an UNESCO World Heritage Site and is home to approximately half of the world population of 600 Mountain Gorillas. This vast reserve offers arguably the most productive montane forest birding in Africa and supports 23 of Uganda’s 24 Albertine Rift endemic bird species.

Once part of a much larger forest that included the Virunga Volcanoes in neighboring Rwanda, Bwindi Impenetrable National Park is now an ecological island within a sea of human cultivation and therefore of immense conservation importance. Buhoma lies in the valley of the Munyaga River at 5100 feet and is flanked by steep, forested hills. Overnight: Mantana Tented Camp.

On this day, early morning drive with packed lunches to assemble at the park headquarters before proceeding on the Gorilla Trek.

Today, we shall start early after breakfast and drive to Queen Elizabeth National Park. Our route to the park will be determined by road conditions. We can pass through the Ishasha sector, well-known for its climbing lions. Alternatively, we can drive through the beautiful sceneries of Rukungiri district.

The park is the second largest national park in Uganda. In addition, it is named after Queen Elizabeth who visited it in 1954. Also, it ranks highest with respect to overall diversity with a species list exceeding 600.

Furthermore, the park has a mosaic of habitats from moist forest at Maramagambo to wild savannah excellent for Lions, Leopards, Elephants, Hyenas, Ugandan Kobs, Side-striped Jackal, Baboons, Giant Hogs, just to name a few. While at the park we’ll participate in a game drive.

Thereafter, we will go for one of the big highlights of this area which is the boat ride on the Kazinga Channel. This is one of the best places to look for African Skimmers, which are sometimes present. Some of the many species possible include Great White and Pink-backed Pelicans, Grey, Purple and Goliath Herons, Saddlebilled and Yellow-billed Storks, Sacred and Glossy Ibises, African Spoonbill, Egyptian Goose, Black Crake etc.

Game Drive in AM Afternoon at leisure.

Evening bird walk around hotel grounds. Stay at Mweya Safari Lodge. Another early morning game drive as well as birding for the savannah birds in the park is ideal . After lunch, we have the afternoon at leisure. There will be an optional bird walk from the hotel in the late afternoon.

Early morning birding, pm chimp trekking and overnight as above.

Day 15: Game drive to the delta

After breakfast, we will have a game drive to the rolling plains where you will have chances of viewing lots of mammals and really get a feel of the wildlife of Africa. We’ll once again have a chance for magnificent beasts such as Hartebeest, Lions, Buffalo, Primates, Giraffe, and Elephants. After lunch at the Lodge, we will have an afternoon launch cruise to the bottom of the falls and there, you will view huge Nile Crocodiles, big Pods of Hippos, and other wildlife. You will also be able to see a wide variety of water birds and have yet another chance for incredible birds such as Shoebill, Secretary Bird, Goliath Heron, Saddle-billed Stork, Sacred Ibis, Red-necked Falcon, Senegal Thick-knee, Water Thick-knee, Blackheaded Lapwing, Long-toed Lapwing, Little Bittern, Abyssinian Roller, and Abyssinian Ground Hornbill, Pied Kingfishers, Red-throated and Blue-breasted Bee-eaters.

Day 16: Game drive out of park

Drive on paved roads to Entebbe. Stay at Golf view inn After breakfast, we take a game drive out of the park and drive to Kampala – Entebbe having lunch en route. Dinner and overnight at Golf view Inn. Early morning return flight or if time allows do the botanical gardens before departure. 17 Days Uganda Birding Safari & Culture Tour, Uganda safari Vacations