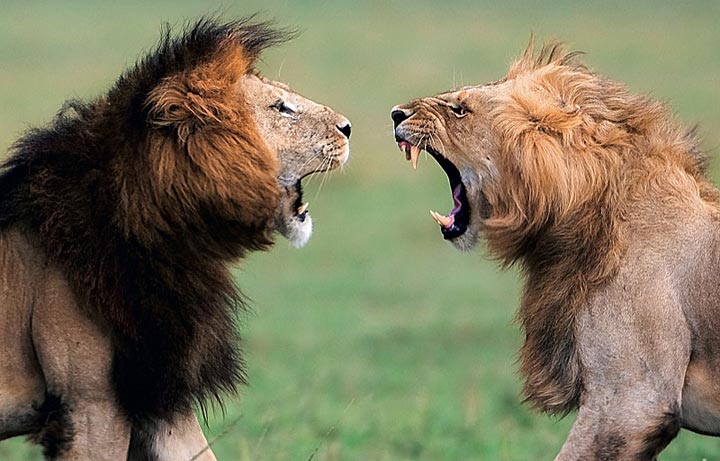 To begin with, located in Samburu county, Samburu National Reserve is one of the smallest parks in Kenya. It stretches along the country’s biggest Northern river “Ewiso Nyiro river”. More to that, this 165 square kilometer reserve is about 350 kilometers from Nairobi. Despite the fact that it is not largely known to travelers, it offers an unmatched authentic wilderness experience.

The reserve’s altitude ranges from 800 to 1230m above sea level, it consists of riverine forests and palm groves. Whereas nights in the park are usually cool, it is hot during the day mostly in the dry season.

The arid and semi-arid ecosystems form the magnificent landscape of the Park. Samburu’s vast expanse of pristine wilderness is inhabited by diverse wildlife.

The protected locale is one of the two areas in which conservationists George and Joy Adamson raised Elsa the Lioness who was famous in the best-selling book and award-winning movie Born Free. The Elephant Watch Camp lies within the Park and it’s managed by Saba Douglas Hamilton.

You can access Samburu National Reserve by air transport means. There are flights that set off daily from Nairobi to Samburu’s airstrip. If not by air, you can get there by road and enter the park via the Ngare Mare and Buffalo Springs gates.

Just in the middle of the park, you find this must-see that flows through the thick riverine forests and palm groves. This River contains large numbers of Nile crocodiles and it’s the main source of water to animals and other wildlife species that inhabit the Park.

For best views of Samburu’s panorama, don’t hesitate to embark the pop-up roof Safari vehicle for game drives around the Park’s suburbs. These excursions happen during both day and night.

All drivers are required to follow the well-established routes as the tourists take in the sweeping views of wild animals. A pride of lions, elephants and antelopes roam the winding tracks close to the meandering river.

Samburu has a lot for birders. It is has about 400 species of birds, therefore it is no wonder that thousands of bird watchers check into the park per year.

The Park offers an opportunity for tourists to explore its natural scenery on foot or by mountain bikes. During these safaris, you will see a number of wild animals and birds including the migrant species.

Samburu National Reserve is a magnet for culture lovers. These tours award travelers a chance to learn more about the interesting culture of the Samburu people. Furthermore, you will discover their nomadic way of life and as well participate in numerous activities such as milking goats, making traditional ornaments, and cattle rearing.

Camel riding is a must if you want to discover Samburu’s Wildlife in a different way. Don’t miss to get close to the Wild animals like elephants, Zebras, giraffes, ostrich, and more as there are enjoying their natural habitats. This is a perfect alternative if game driving is not your thing.