Wildlife Game Drives : A safari is one of Africa’s great adventure and the way to explore the beautiful pearl of Africa is booking a safari in east Africa. East Africa gives you a number of options for eye catching moments. The best way to catch such drama is through booking for a wildlife game drive. Game drives offer a tourist plenty of wild animals. In addition, these game drives usually occur in the middle of different trips and safaris. These are offered by different game parks or game reserves and they are called drives because they are done with a vehicle. 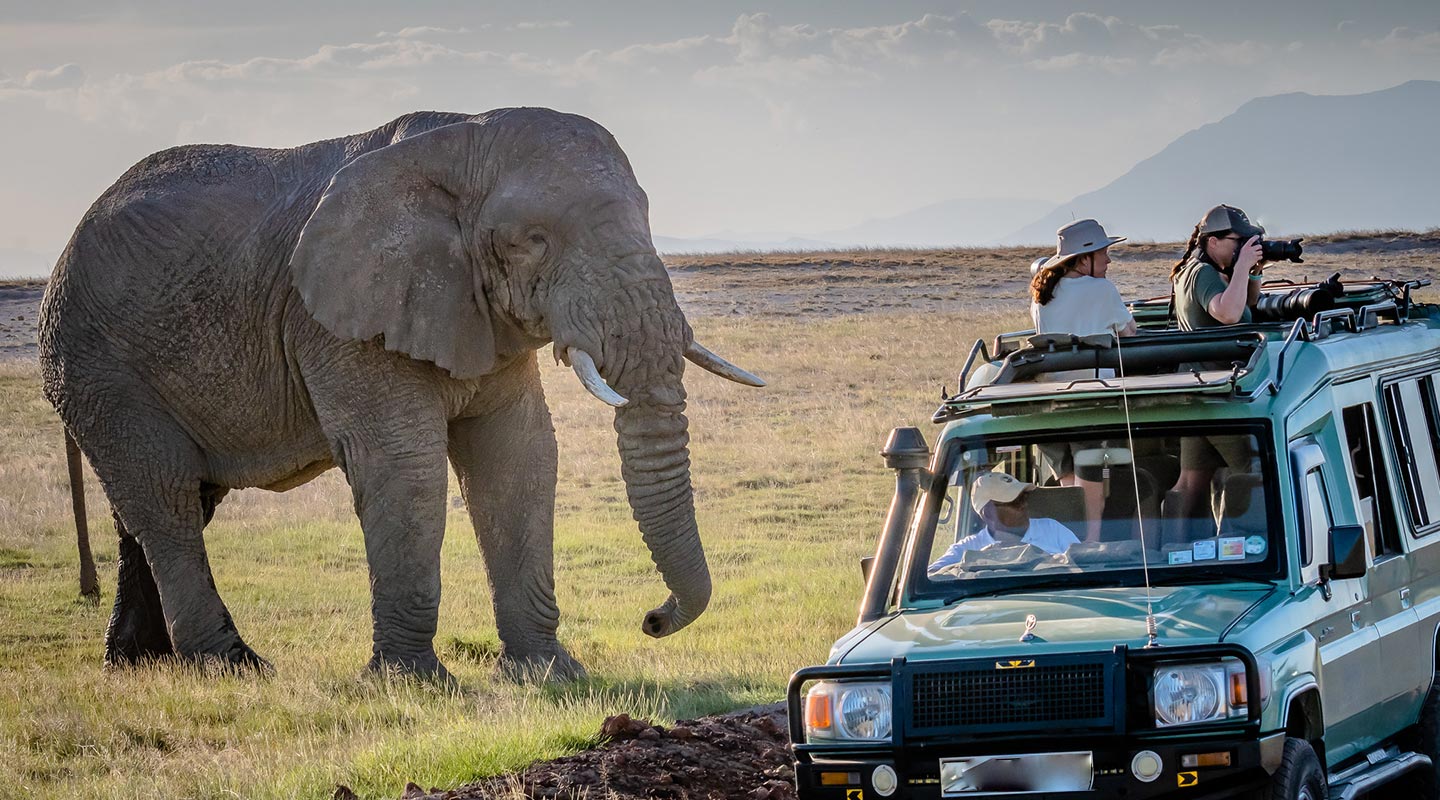 These are game park cars and are often off road cars where the tourists are accompanied by a guide who is an expert in the different animal behavior and interpretation of the bush. The tourist here need to adhere to the rules and regulations of the authority overseeing the management of the area.

The following are some of the rules and regulations to follow during the game drives.

A normal day on a game drive starts with tracking down the morning sounds of different wild animals. This can take up to four hours and that is the morning and on return, after refreshments the tourists get to go back in the wild to have the best of the wild.

Expect a guided walk as part of the wild game drive for those who want to get close to the animals. These are not long distances and therefore suitable for the elderly and the disabled people who would love to get a connection with the wilderness.

View the nature with a wide range of features depending on the national park or reserve you desire to visit. African wilderness, comfortable vehicles, the most confiscated and luxurious resorts in Africa with gourmet meals
Expect to come face to face with the nature’s powerful beasts as you drive deep into the East African savannah giving you some of the most breath taking encounters.

When to go for drives

The best time to go for the wild game drives is in the dry seasons( June, July, August, September, December, January and February) where there is little rain and the animals are collected near the water bodies which makes them easy to track and view. You do not expect surprise rainfall that may tarnish the trip progress. These drives in the rainy seasons destruct clear views of animals that may even be hiding from the rain, butterflies and bird species. Therefore, the rainy season gives you just a handful of the whole wild you would observe during that dry season.

The vehicles to use.

There are custom vehicles and pop-up roofs which give you the clearest views of the horizon. For the pop-ups, tourists travelling long distances get to scan the whole wild while they offer you protection from the dust and the gusts of wind. These vehicles are made to meet your comfort since they are equipped with a fridge and a picnic bag to ensure that you are equipped for your wildlife game.

Where to go for wildlife game drives
Uganda

The striking features in Uganda that is seen when you drive is a fantastic opportunity since most African bound travelers haven’t discovered this goldmine, this gives you a lot of privacy as a person. There are a number of places in Uganda with a lot of animal species, bird species, aquatic life animals and birds and butterflies that a tourist is likely to see on these drives. You will also get a chance to see 4 of the big 5 like leopards, lions, elephants and buffalos together with other wildlife species. Places that can be visited for the game drives in Uganda include;

This beautiful country gives you some of the most breathtaking moments while exploring its wilderness. Tanzania is an iconic destination a home to all of Africa’s ‘big five’ with its 38% of the land reserved for wildlife protection. On top of this, you get to experience the Maasai culture social and economic developments during such drives. Tanzania also provides some of the best lounges in Africa which are usually unfenced hence giving you a chance to view the magnificent beasts any time of the day. Its parks and reserves are divided into circuits that is to say the southern circuit and the northern circuit.

The northern circuit which is in the northern side of Tanzania is the most popular circuit offering you reserves like;

The southern circuit is quitter with remote wilderness in the southern side of Tanzania giving you parks like;

Rwanda being one of the countries in Africa with the most beautiful sceneries, plains, animal sightings while on a game drive has made a home for Africa’s big fives( loins, leopards, rhinos, buffalos and elephants) and the best bird species giving a thrilling adventure to the tourist. The park prices and the game drive prices include foreign nonresidents USD 40 and USD 20 for park prices and game drive while for residents and EA residents USD 30 and USD 15 per person respectively

This park has almost every sightings you require on the game drive. There are plenty of animals to see like hippos, impala, zebras, bushbucks, Africa’s fives and many others. The park provides the best way to explore with safari vans, land cruisers, larger vans like coaster busses giving you the comfort you desire.

Kenya consists of the largest concentration of terrestrial wildlife on earth giving you the best experience ever. Plenty of animals are available for the tourists. In addition, it has the best lodges in East Africa with Maasai Mara game reserve as one of the best reserve and lodge in Kenya. Kenya also gives a chance to those who want to experience the different social and economic cultures of the Maasai people.

The game drives in Kenya cost Ksh 400 for adults and Ksh 200 for child. That is for the citizens and residents, USD 35 for adults and USD 20 for children for the nonresidents. Kenya’s best parks for wildlife drives include the following;

Congo with its spectacular landscapes, beautiful scenery, mountains, wild beasts and a wonderous array of flora and fauna has some of the most amazing parks for the game drives that every tourist should expect. The wildlife in Congo is gives you some of the most amazing sights and study research chances on the animals like Congolese giraffe, elephants, lions, Nile crocodiles and hippopotamus as well as different bird species. The tourist wishing to see the only tamed elephants in the world except for Asia which also has tamed elephants. Survey the African amazon and the Congo River after the game drives and get to see the wonders of DR Congo in parks like;

These are optional add-on drives that begin before sunrise conducted by third party tour operators and these are usually in search of nocturnally active creatures. These night game drives usually incur and extra cost of about USD 10 depending on the game reserve and take about 1-4 hours however, not every park or reserve provides them. The nocturnal animals are those animals that are more active during the night than during day like hippos, lions, leopards, porcupines, civet cats, white tailed mongoose, hares, predators like civet cats and aardvarks and many more.