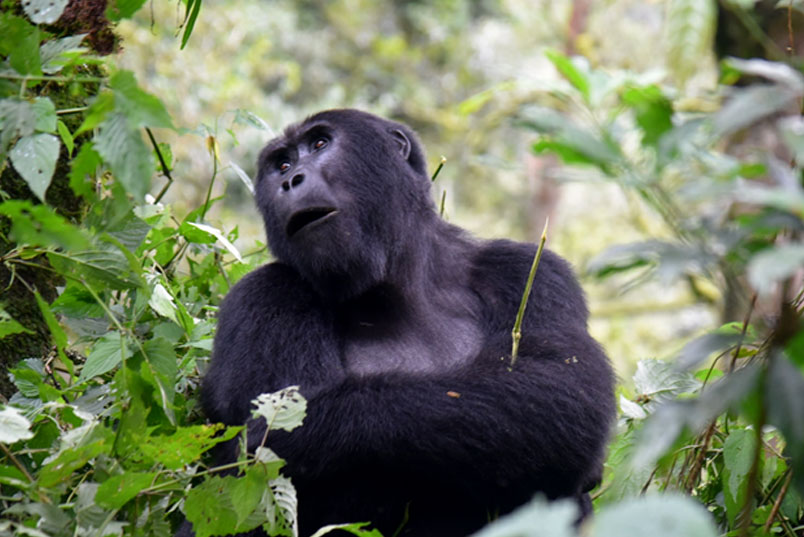 Gorillas are tailless giants that measure about 6 feet and weigh about 500 pounds for an adult male called “Silverback.”

Mountain gorillas have got a lot of controversies especially when it comes to their evolution story. This has compelled many scientists and researchers to associate them to be descendants of the ancestral monkeys and apes of Africa and Arabia about 23-34million years ago. Today, gorillas occupy the Central Sub-Saharan Africa.

The adult male gorilla can be identified by the visible bony crests which are on top and back of their skulls. Also, an adult male has got a silver- grey saddles on their back and thighs. Gorillas also have got a unique feature of the Nose prints which is different from each individual.

Gorillas play a significant role in managing the eco-system especially food chain. This is done by an adult male eating about 35kg of vegetation and 18kg for the female. Gorillas eat more of succulent plants which are rich in water storage. Therefore, gorillas get their water from succulent plants. 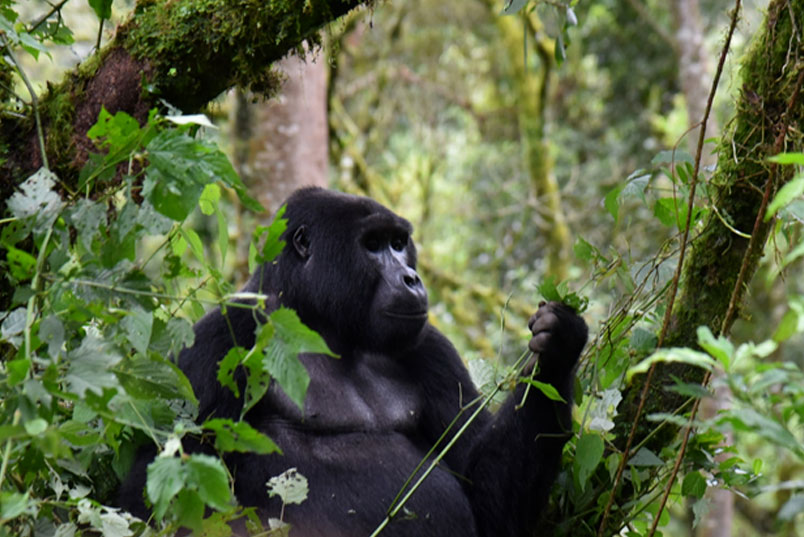 Mountain gorillas have got a gestation period of 8.5 months approximately 9 months. Gorillas are hard to see when pregnant. This is because they have a big stomach which is good for food storage and digestion. However, knuckles of female gorillas tend to swell in pregnancy and this is one of the indications. It takes about 4 years for a gorilla to get pregnant and there is a 40% survival rate for every infant. This means that in a period of 6 to 8 years a baby gorilla turns in adulthood. A baby gorilla weighs about 4 pounds at birth and will cling on the mother for about 2 to 3 years.

The reproductive stage for a female gorilla starts at the age of 10 years and 15years to 20 years for the male.
Mountain gorillas have a life span of 35 to 50 years in their natural habitat. They have thicker fur which shields rain and this enables them to live-in high-altitude areas.

Gorilla populations are increasing as there are about 1063 individuals in the whole world. Half of the population live in Uganda and the other half lives in Rwanda and Congo.

In 2018, Mountain gorillas were Red-listed by IUCN as endangered species from critically endangered. This is attributed to war, hunting, destruction of habitat, diseases and poaching. War in parts of Virunga population attributed to death of 16 individuals. Poaching done by the poachers has also led to some deaths. The gorillas are poached for food- fresh gorilla meat, the gorilla skin is used for tradition medicine, gorillas also reside in densest populated parts of Africa and therefore there is a conflict for habitat. Gorillas are close to humans and because of this, they can easily spread and contract diseases from Humans. Respiratory illnesses if not cared for in time can cause fatal respiratory diseases. Runny nose are signs of infections in gorillas and the conservation team works handy in managing such illnesses. In Virunga, gorillas expanded high in the mountains to avoid the destruction of habitat by humans. 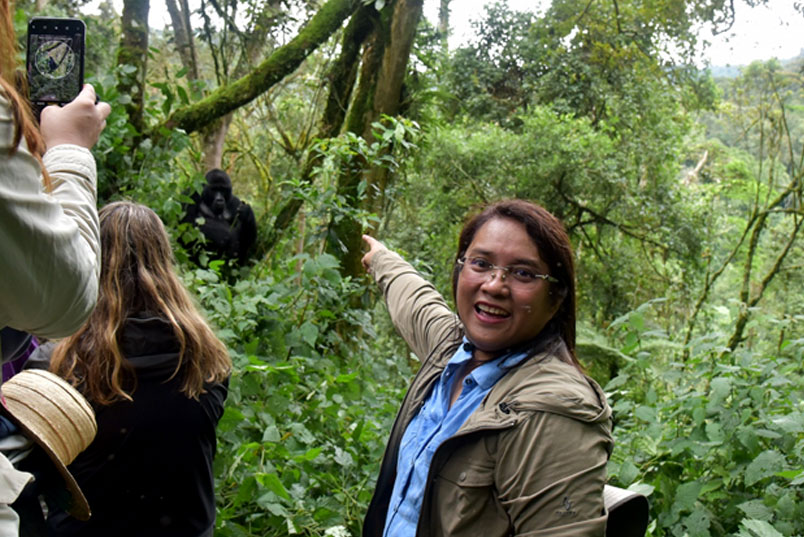 The fruits of conservation measures

Following a number of conservation measures, the regulatory authorities in the three countries have bridged gaps between humans and gorillas by building schools, hospitals, police posts and training and recruiting of former poachers into great conservationists. This has yielded a great solution to the popular problems of human-gorilla conflict. The former poachers now earn a salary since  they are conserving and protecting gorillas. The children of former poachers are going to school where they learn about conservation. Also, there are fences and a 24-hourly tracking team on standby to monitor and regulate the movements of gorillas. The boy scouts from the villages also ensure sensitization. In addition, there is training of village people to respond responsibly to gorilla disturbances instead of killing them.

Booking a gorilla safari is not about spending money on a lifetime adventure but rather lending a great hand in the conservation spirit of protecting our giant giants. Sending a child to school, providing health care, providing dignified jobs etc. to the great communities that co-exist with our endangered Mountain Gorillas.