To begin with, lying in the Southern part of Nairobi (Kenya’s capital) is Nairobi National Park. Established in 1946, this protected area was the first in Kenya and East Africa. Additionally, the South of present-day Nairobi and the Athi plains were gifted with a variety of Wildlife in the late 19th century. 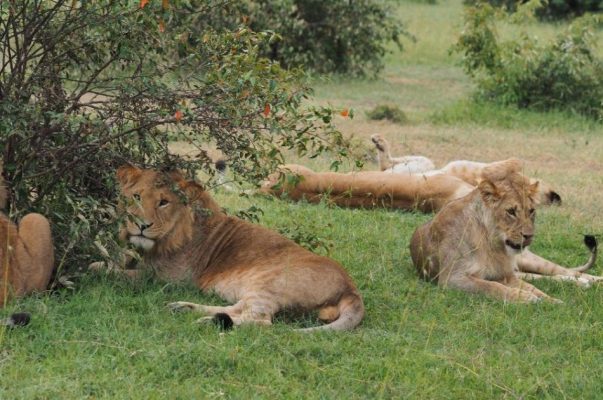 The Nomadic Maasai lived and herded their cattle within the Park’s areas whilst the Kikuyu people farmed the forested highlands above Nairobi city. These people were usually very alert with guns to protect themselves from the dangerous wild animals. People were evacuated from their lands due to an increase in the number of farms and livestock, later the park was created.

Nairobi is characterized by a dry climate and its altitude ranges between 1533 and 1760m. Usually, Nairobi is very dry and hot between January and March, April – June is a bit hot and wet and then from July to October, it is just warm and wet.

Additionally, Nairobi National Park covers a total area of 117.21 square kilometers and it has an electric fence along the West, East and Northern boundaries.

At the Park’s southern boundary lies River Mbagathi and it is open to the Anthi Kapiti Plains and the Kitengela Conservation Area.

In addition, Nairobi National Park defines itself with unique vegetation that by open grass plain, Acacia bushes, and highland dry forests. In the south of the Park, there is a riverine forest along the permanent river.

By road, the distance from Nairobi is about 10km up to this Park and those who go by plane set off from Jomo Kenyatta International Airport or Wilson Airport.

Nairobi National Park has seven gates in total with two of them being for KWS services only (KWS headquarters). Other gates for visitors’ access are Maasai gate, Mbagathi, Banda, and Maasai gate.

Over 500 species of birds breathe life in Nairobi National Park. Birders usually see some of the eight species of Kenya Mountains endemic birds, 25 species of the 67 African highlands biome and 27 species of the 94 Somali-Maasai biome.

It is a full day activity that takes place along the water bodies, forests, and savannah plains of the Park. Other captivating activities in the Park include picnicking, nature walk, stargazing, and events in the wild.

There is no better way you can take in Nairobi National Park’s rich Wildlife than game driving. This Park has a variety of wild animals and most of them are common during the game drives. This activity takes about 2-3 hours. Additionally, some of the animals that one can view include;

This sanctuary is located close to the Park’s main gate. Furthermore, it was established in 1963 by Daphne Sheldrick after the death of her husband David Sheldrick who was the anti-poaching warden in Tsavo National Park. On your visit, you will have to see the orphaned animals as they enjoy their habitats.

Some of the East African Safaris