Located between Uruguru Mountains and the Rift valley escarpments, Mikumi National Park is about 300km West of Dar es Salaam. It is the closest Park to Tanzania’s capital, Dodoma. 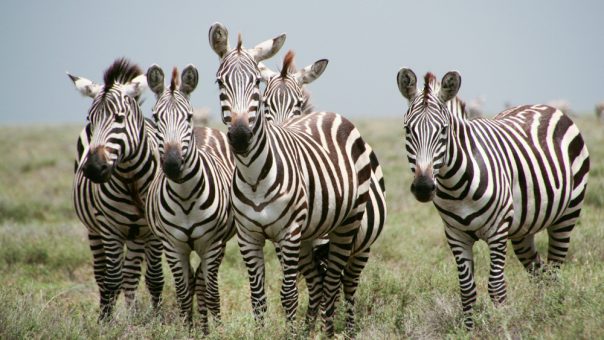 This Park is in close proximity with Selous game reserve and animals usually move from this Park to the reserve and then back.  Mikumi consists of the Mkata River flood plain that surrounds the rolling hills in Miombo woodland.

It is less spectacular than other parks in Tanzania, but it still offers a remarkable safari experience with its diverse flora and fauna.

What do we find in the park?

There is an abundance of bird species in the park’s habitats as well as large numbers of buffaloes, giraffes, elephants, lions, zebras, impala, wildebeest, hartebeest, wild dogs, leopards to mention but a few.

This Park is transected by a surface road between Dar es Salaam and Iringa. It is the easily accessed part of the 75000 square kilometer area that stretches East to the Indian Ocean.

The park’s open horizons, notable centerpiece of Mikumi and abundant Wildlife of the Mkata floodplain invites a number of tourists to Tanzania. Lions, zebra, wildebeest and buffalo herds usually migrate to the park during the rainy season for good pastures. Giraffes are common in the isolated acacia trees that fringe the Mkata River.

Traversed by a great circuit of game viewing traits, the Mkata floodplains is one of the best spots for sights of numerous wild animals in Tanzania such as elands, elephants, buffaloes and more. The spectacular greater kudu and sable antelopes roam the Miombo covered foothills of the mountains that tower the Park.

About 400 species of birds inhabit the Park’s lush habitats including the residents (yellow throated long claw and bateleur eagle) and thousands of migrant species that migrate from Europe during the rainy season. Just 5km into the north of the main entrance, you will find a pair of pools that is a home to a number of hippos.

This is one of the best activities done in Mikumi National Park. During the excursions, you can’t fail to see some of the 500 species recorded in the Park. There are both migratory and resident species. The list includes yellow-throated long claw, bateleurs, lilac-breasted roller, and Zanzibar red bishop.

Mikumi National Park consists of two camping grounds that are located in the Vuma hills and Mkata plains. These camps come well equipped with comfortable accommodation, bathrooms and toilets. This is the best way to experience the parks beauty from the wild.

Situated in the southwestern part of Tanzania, Mikumi National Park offers a thrilling wildlife experience. The drives offered in pop-up roof vehicles last for about 2-3 hours and they reward travelers with magical sights of animals like black antelopes, eland, kudu, impala, zebras, elephants and Wildebeest.

Mikumi is famous for guided nature walks. Tourists can take these walks via numerous trails like Zuma trail, Kikogoba and the lodge trail. The best time for these excursions is early in the morning or evening time.

You may also Explore