.Top 10 Ugandan Birds that shouldn’t miss on your Birding List 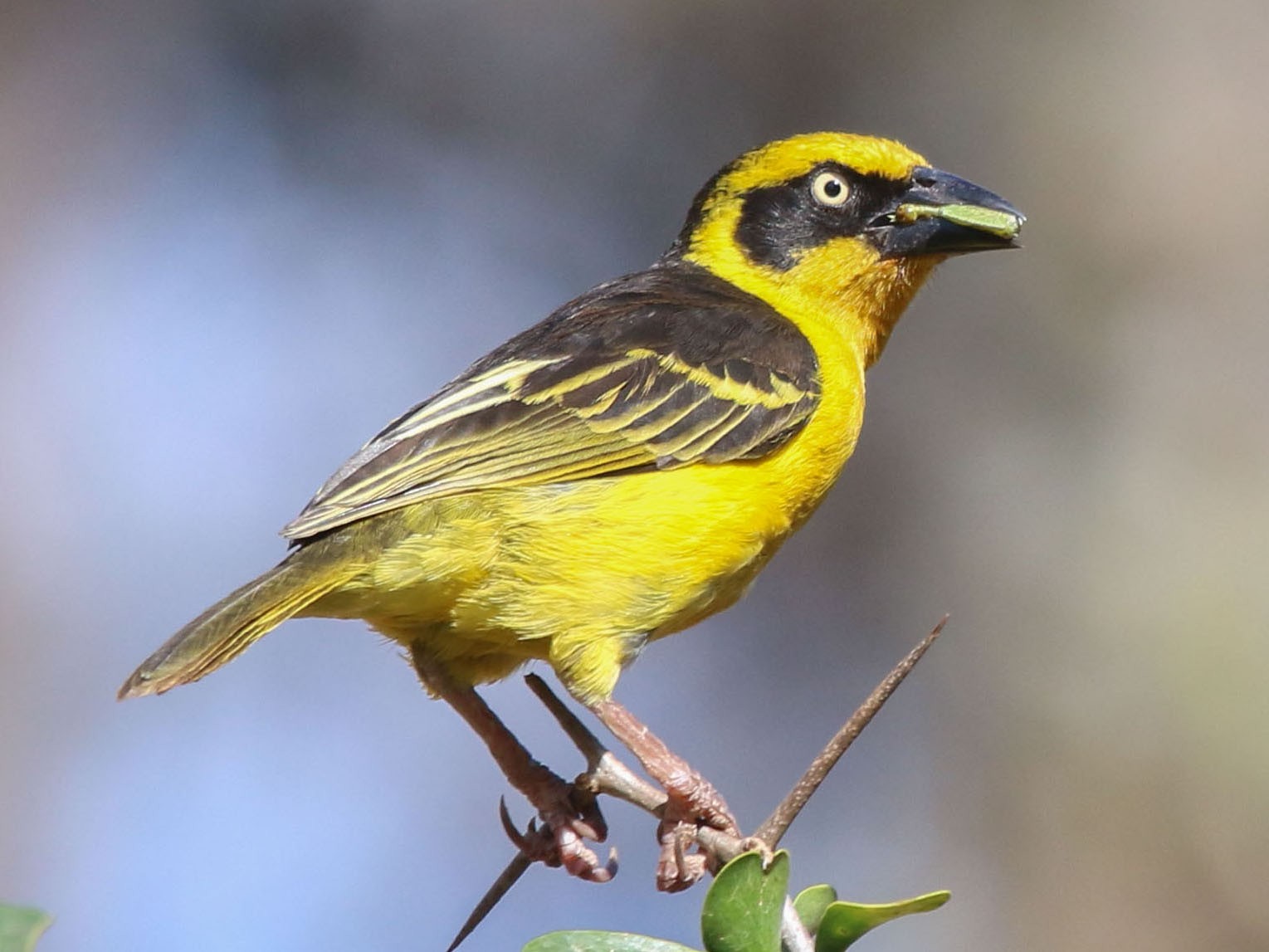 Lists of the Top 10 Ugandan Birds are bound to all be similar. The avian diversity in the country is tremendous. Uganda’s bird list is top-heavy, and mega birds, such as the Shoebill, Green-Breasted Pitta, and African Green Broadbill, are indisputable highlights. The following are the most sought-after birds in Uganda.

One of Africa’s most unique and sought-after birds, the Shoebill is an uncommon denizen of Uganda’s vast papyrus swamps. Huge and prehistoric looking, the Whale-Headed Stork, as it’s also known, is frequently cited as the top tick on birding trips to Uganda. The Shoebill is fascinating to observe, whether it’s stalking its prey or in flight. Boat excursions to find them, successful or not, are always rewarding, as there are plenty of other birds of interest along Uganda’s lake shores.

Birding can be so unpredictable. We like to think that the outcome of a birding trip is the result of planning, preparation, knowledge, and skill. Too often, though, I wonder if luck is actually the most important factor. You may visit the forest several times and may never see the pitta but a first timer may have their luck and see it on the first try. This is one of the rarest birds. 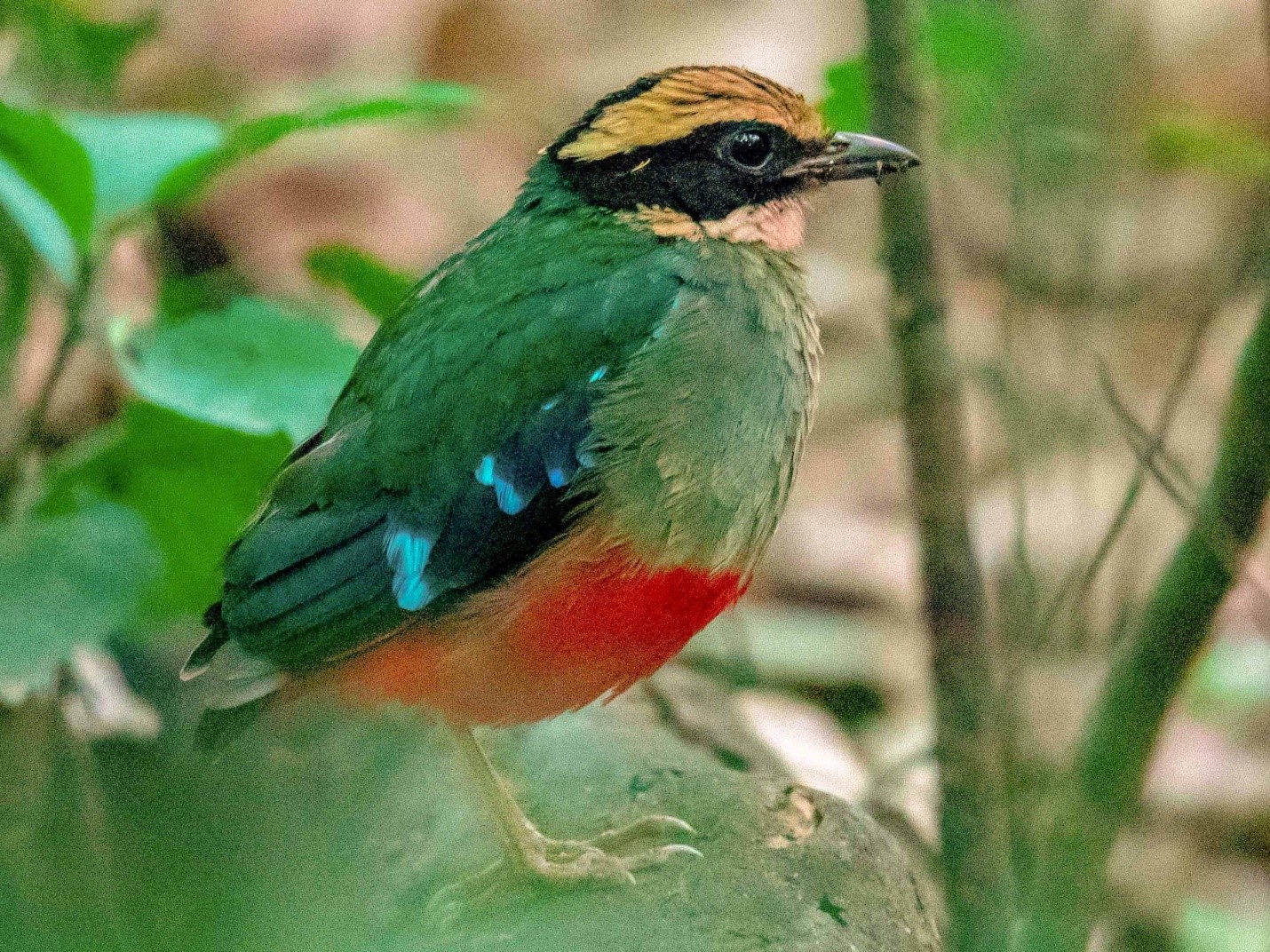 Undoubtedly one of the world’s rarest birds, the Shelley’s Crimsonwing can be found on most bird-bucket lists. They live in a thin strip of mountains and volcanoes – known as the Albertine Rift – that borders Uganda, Rwanda and the Democratic Republic of Congo. Photos of these beauties in the wild are almost non-existent, in fact this is the only known photo of this elusive beauty.

Tiny, leaf green, and quiet, this enigmatic Albertine Rift Endemic is easy to overlook. The African Green Broadbill is seen in Uganda only in Bwindi National Park. Recently, UWA rangers each summer have located the nest of a breeding pair, making the broadbill a consistently observed rare bird. Visitors to the Ruhija sector of the park still have to work hard to see it though, making the long and steep trek down to the Mubwindi Swamp. Although Uganda and Rwanda have done an excellent job preserving montane forest in the Albertine Rift region, where the African Green Broadbill resides, there is little these countries can do to offset changes in climate. I wouldn’t be surprised if this species disappears in the next few decades despite the best efforts of conservationists.

The Great Blue Turaco as well as the White-crested Turaco are some of the largest, most exquisite birds found in Uganda. These birds are actively hunted as their meat and feathers are highly sought-after commodities. 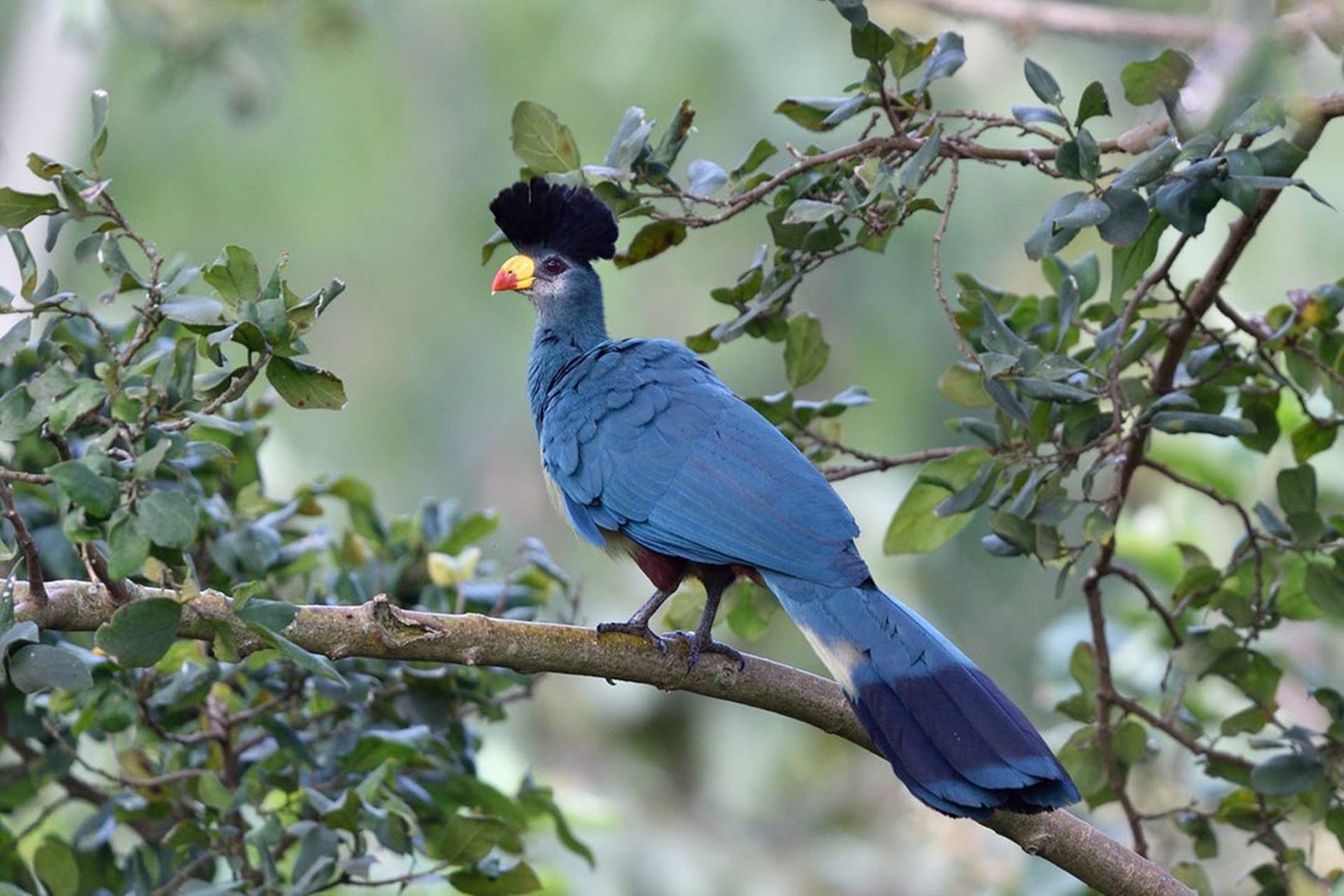 It’s impossible to choose between these two spectacular nightjars. Adult breeding males of both species have extraordinarily elongated primary feathers, shaped either as pennants or standards. They are stunning in flight and at rest. Murchison is a good place to find such species, although they’re present in the park at different times of year. Some birding trip reports describe seeing these nightjars at Murchison in huge quantities.

Black-Breasted Barbet is a magnificent bird in its own right and much more localized. Unfortunately, it usually breeds in the conflicted areas of the region and so it’s hard to be seen by tourist and Uganda being the best place to see it.

This beautiful medium-sized bird lives in high altitude forests and has a large range throughout central and southern Africa although it is rarely seen. 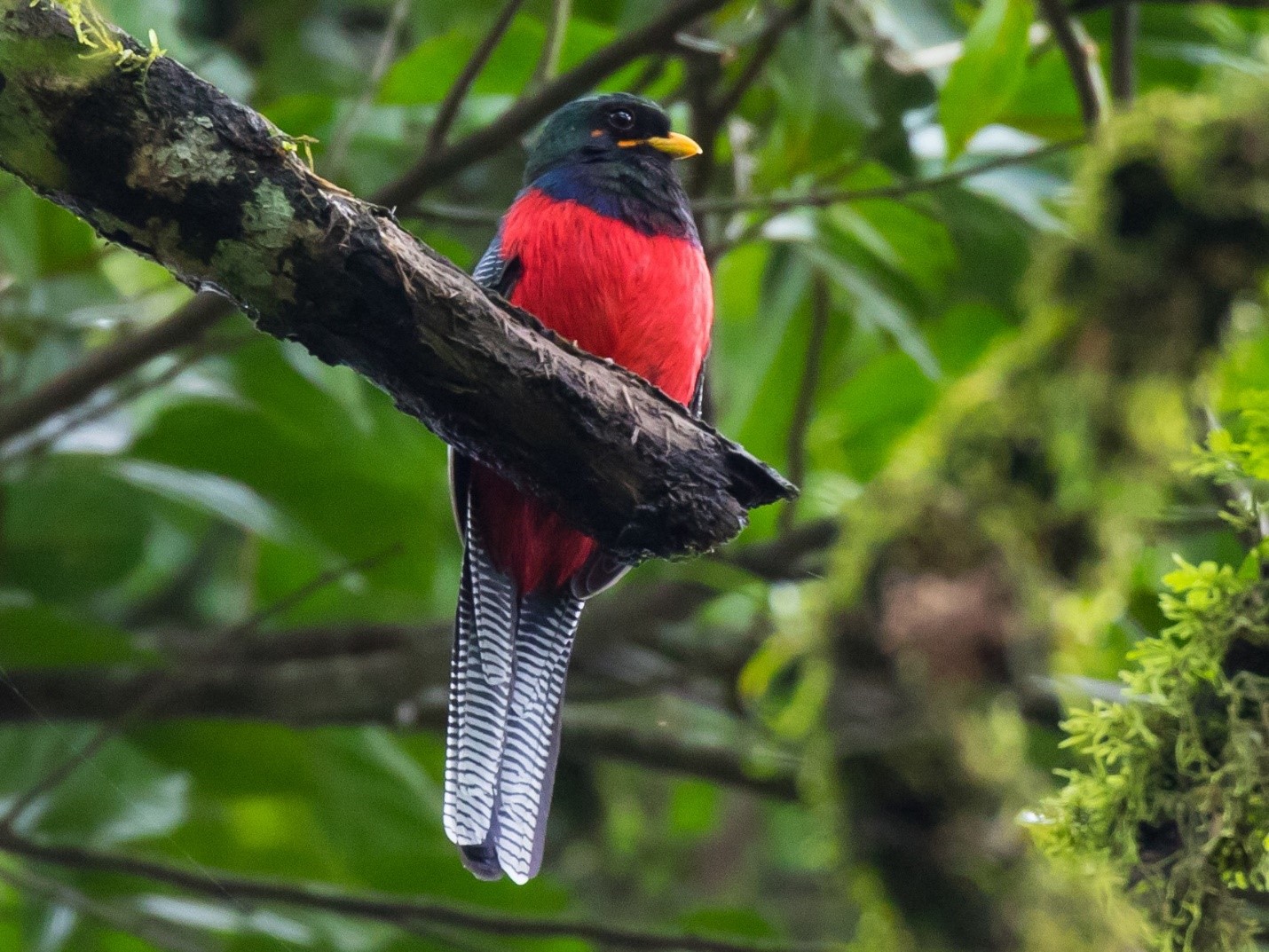 Found in the subtropical montane forests and moist shrublands of central Africa. These brightly-colored birds are one of the more common birds seen in Uganda. Thankfully, their population levels seem to be stable for the most part.

The Short-tailed Warbler can be primarily in Uganda’s forest undergrowth. While the forests of the Democratic Republic of Congo and Rwanda are also home to this camouflaged species.

Our top most-rated birding safaris include:

13 Day Bird Watching and Exploring the Pearl of Africa