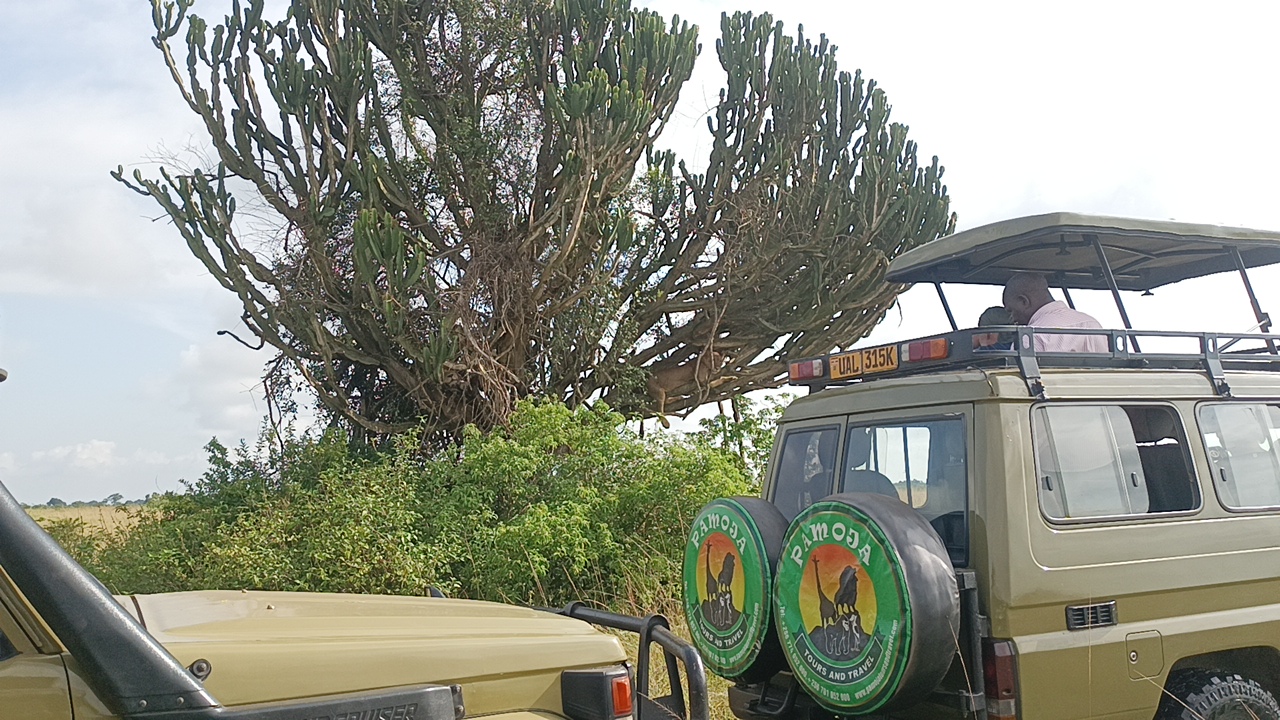 Tree-climbing lions in Uganda can only be found in Queen Elizabeth national park in the Ishasha sector. As we all know it is very rare for lions to climb trees, the ones found in the queen Elizabeth Park are a rare case.  It is hard to find tree climbing lions anywhere else as evident as it is here.

Tree climbing lions’ experience is one that you are likely never to forget. You will be able to take videos and photos of the lions lazing around in the trees.

The tree types they climb: 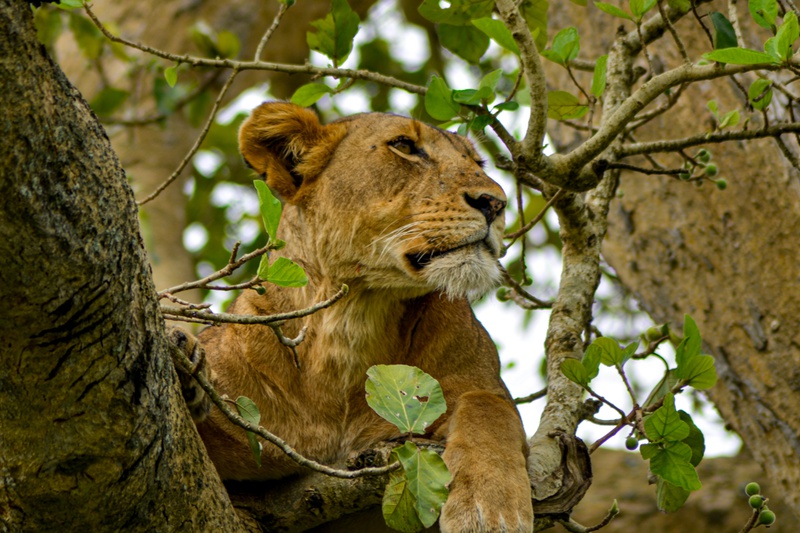 The lions normally climb the acacia and sycamore fig trees because the trees provide enough shelter during both the sunny and rainy season.

These lions climb the trees when the sun has risen and not before.
The tree climbing lions are uniquely built and as they laze around the trees, you will be able to enjoy watching the big cats.

These lions can be seen sitting on the trees relaxing while spotting the little animals that move around the park as well as plotting their next hunt.

There are two reasons to explain why these lions have adapted to climbing trees.

-To avoid irritations by insects and bugs on the ground.

-To escape the Savannah heat by basking on the branches where they can get some fresh breeze.

These reasons are further supported by the fact that these tree climbing lions stay on the ground in the night and when it rains. Both situations eliminate insects, bugs and the heat.

While the above reasons might be speculative, there is no denying the fact that basking in the trees helps them to keep watch over their prey. Common prey is usually the grazing wildlife such as antelopes, buffaloes and other such ‘lion food’.

Their tree-climbing skills are a behavioral adaptation that they have mastered so well and are able to teach even their young cubs. This is why they do it with practice majesty.

They are such a rare species and the only way for you to witness this is by visiting the Queen Elizabeth National Park.

Why Queen Elizabeth is the ideal place for tree climbing lions.

There are various lions in the different parks that are in Uganda, but not all of them can climb trees. Tree climbing lions in Uganda are in Queen Elizabeth National due to various reasons below.

The park has a vast land which allows the animals to move around the park easily giving them the freedom.

It also has other animals which act as food to the lions like the Kobs, cranes, the cows from the neighboring village.

The availability of the Acacia and sycamore trees also makes the park the best place for them to stay.

All these conditions make it a favorable place for the lions to live.

The dangers that the tree climbing lions face

The constant and fast growing human population around the park is a threat to the lions. For example in 2018 around the month of April, some lions were found dead and their carcass had insecticide poison in them.

They also face a problem of natural death which reduces their number drastically.

The fight between the dominant males over the leader of the pride also leads to the loss of some lions in the park.

How to reach Ishasha sector of Queen Elizabeth National Park

One can reach the Ishasha sector of Queen Elizabeth by road or air.

There is an airstrip in Ishasha offering the opportunity to take a chartered flight from Entebbe international airport or Kajjansi in Kampala directly to the park.

Those who wish to marvel at the Ugandan countryside and tour the small towns leading to the park can take a car from Kampala or Entebbe to the park. This is through Mbarara in a journey that takes about six hours.

Visitors using the Kampala Mbarara highway often use the Katunguru Mweya route in the northern part of the park to get to Ishasha.

This route is shorter but very unreliable during the wet season. Heavy trucks also use the route and leave it muddy and with potholes. When using this route, it is important to be in touch with the park offices to see if the route is passable.

The best time to visit Ishasha

Queen Elizabeth National Park and the Ishasha sector are open to visitors on a Uganda safari throughout the year.

The dry season (April, June and July) is the peak season for tourists in Uganda. This season is perfect for a safari because the park is less muddy and the lions are easier to locate.

The months of April, May, October and November are the rainy seasons and are more ideal for bird-watching.

Best accommodation during your stay at Queen Elizabeth for tree climbing lion’s experience: 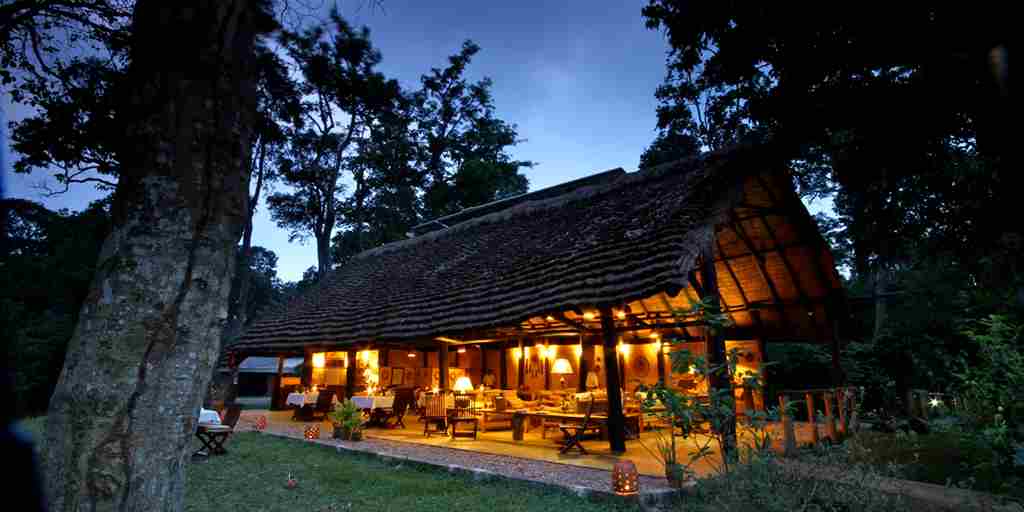 It is within the Southern Ishasha sector of Queen Elizabeth National Park. This is on the Ntungwe river, an idyllic retreat for people who truly enjoy the wild.

This exclusive camp blends the magic of a wilderness tented camp. It has superb service in this unspoilt and remote region of the National Park.

The Ishasha savannahs are famous for its population of tree climbing lions. You can spot these lions resting in the branches of the large fig trees.

In the park, the wildlife is free to also pass through the camp and you can see elephants bathing in the river. Buffalos enjoy grazing and you can view resident troops of Black-and-White Colobus and vervet monkeys. 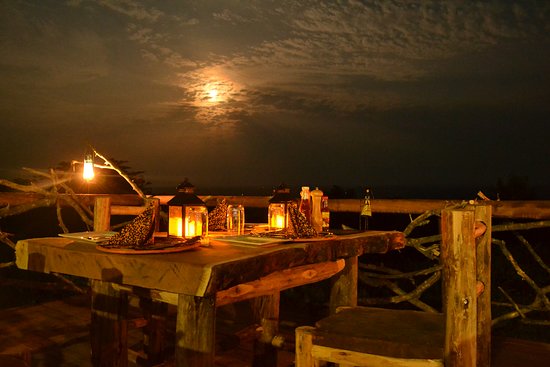 It is close to the wild being a safari lodge by Ishasha sector of Queen Elizabeth National Park. The lodge is only a 5 minutes’ drive from the southern gate to the Ishasha sector. Topi borders the park as well as has an impressive view out over countryside and mountains in the distance.

Our top itineraries to see tree climbing lions include: