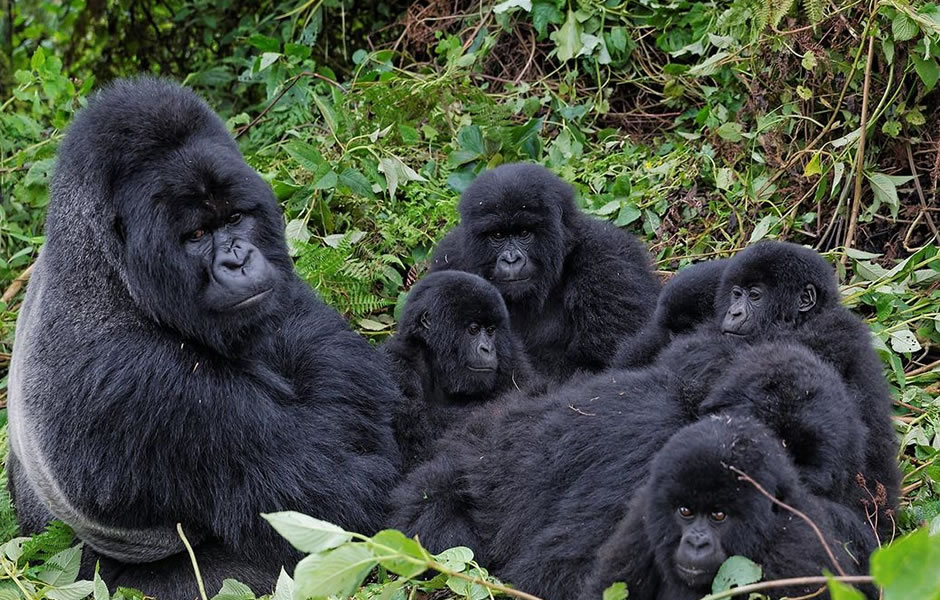 The Bitukura gorilla family is one of the habituated gorilla families in the Ruhija sector of Bwindi Impenetrable National Park. This park is in South western Uganda. Additionally, this group is famous for being one of the families with the highest number of members. Its original composition was 24 members but later on the number reduced to 14 members including  Silver backs.

A brief summary about mountain gorillas

Did you know that mountain gorillas share 98% DNA with human beings? Interestingly, there are also referred to as the human cousins. This is after baboons and chimpanzees. Additionally, mountain gorillas are one of the world’s most intriguing creatures. Additionally, an encounter with them is one of the best experiences ever! This is also because they behave and organize themselves like human beings.

During the last few years, the second youngest silverback in the group named Ndahura has been the leader. This was after taking over from a former leader called Karamusizi. Unfortunately, Karamusizi’s years of dominance and pride came to an end when the silverback passed away due to old age at the age of 40 years.

Bitukura Gorilla Group was named after a river in the forest called Bitukura, where the family was first sighted. Furthermore, the habituation of this family started in the year 2007 but was later on opened for tourism in 2008. Interestingly, the habituation / training of this group was among the shortest ever, taking only 15 months compared to the minimal recommended 2 years.

Additionally, Bitukura Gorilla group shares a close bond with the Kyaguriro gorilla family, with whom they often get together with partly reason why their habituation never took so long. Despite the loss of some members, this family is peaceful, happy and very close to one another.

The new members who later on joined this group in 2013 and the recent birth from Ruhara has increased the tally of this family. The birth of a baby gorilla was a bundle of joy to the Bitukura gorilla Group, a creation Ndahura – the leader of the family is willing to guard with his own life.

You need to purchase Rushaga gorilla trekking permits in order to trek the Bitukura group. Also, ensure to make it at the park’s headquarters in time for the briefing meeting.

At Pamoja Tours and Travel, we offer the best safari packages and ensure that our clients get a high quality memorable experience. Also, it is advisable to book a gorilla permit in advance to enjoy an amazing experience in the jungle as you interact with the Bitukura gorilla group.