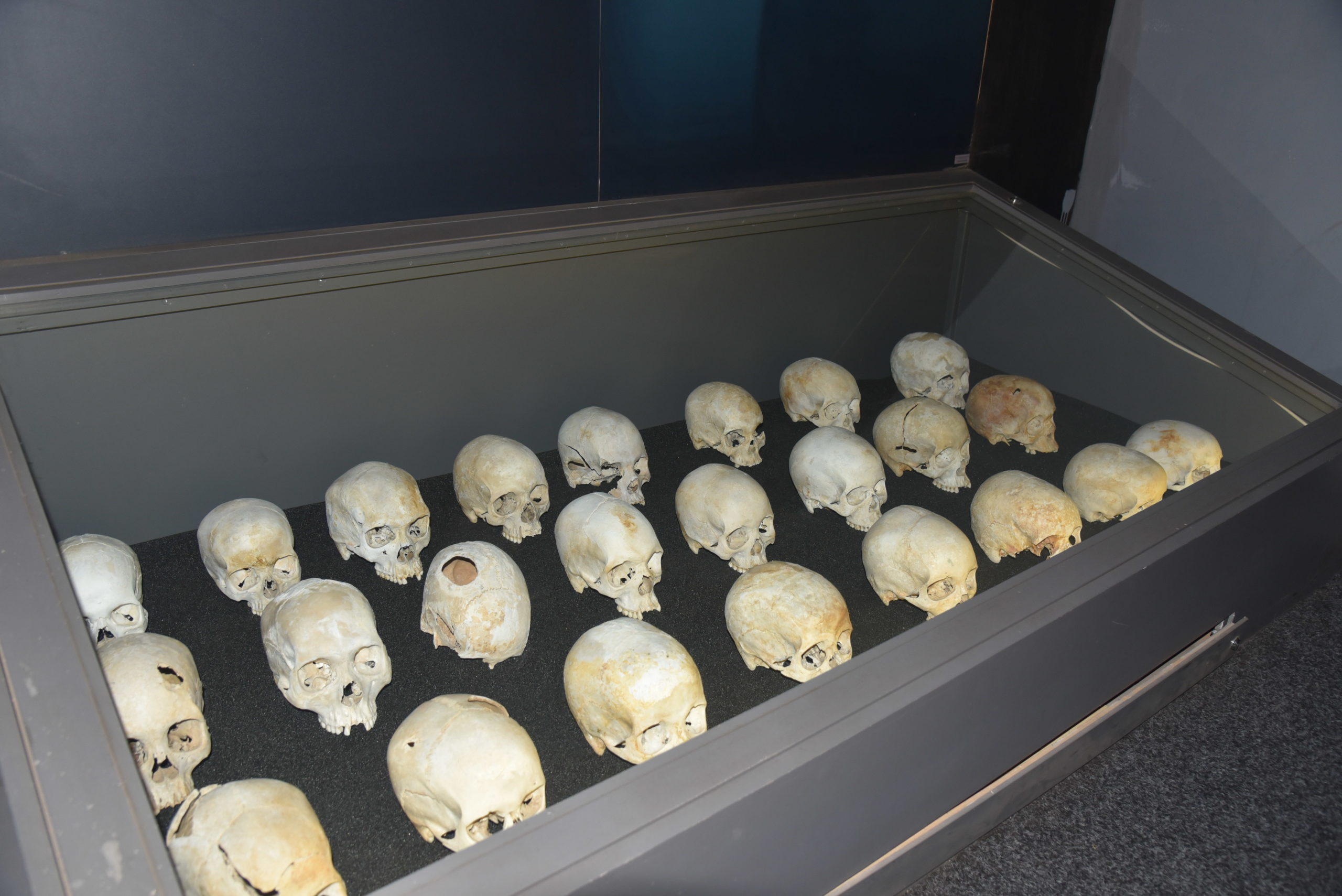 In line with the following, this genocide’s basis was tribal ethnical differences between the Tutsis and the Hutus. Over 800,000-1,000,000 Rwandese were victims of this tremendous massacre in a period of just 100days. Additionally, hundreds of people lost their lives, others flew and became refugees in the neighboring countries. However, the biggest number of them brutally lost their lives including the UN peacekeepers.

Where the remains came from

Human remains of the genocide victims were brought from different places all over Rwanda and buried at this memorial center in mass graves. More to that, the locations of some remains were the streets, forests, and others from the riverbanks.

The Kigali Genocide Memorial exhibits Rwanda’s nightmare and a historical context of the terrible Genocide. In addition, it documents full details/information about the victims including their names, photos, their last words, and the manner in which they lost their lives.

You can choose some of the Popular Rwanda Safari

With regard to attractions, the Kigali Memorial Center has an Education center, Memorial gardens, and a National documentation center. More to that, all these contribute to a meaningful tribute to the genocide victims and form a powerful education tool for the next generation.

Furthermore, the putting up of the Kigali Genocide Memorial will at least make the next Rwanda’s generation and the world at large learn to have a sense of humanity when they visit this Memorial. Also, racism, tribalism, and other forms of mass discrimination among fellow humans are to be a myth among people.

The Kigali Genocide Memorial is the main Memorial Center. However, there also other Memorials where the remains of hundreds of the terrible Genocide perished victims were buried.

There are other sites, for instance;

NOTE; No visitor comes to Rwanda and leaves without visiting the Kigali Genocide Memorial as it is one of the tourists’ favorite sites in Rwanda.

Therefore, spice up your Tour by visiting the Kigali Genocide Memorial. Trust me, visiting this place won’t leave you the same. The emotion created will forever stay printed in your heart.

For further inquiries about the Kigali Genocide Memorial, please feel free to contact us at any time.

Pamoja Tours and Travel is always at your Service!!!