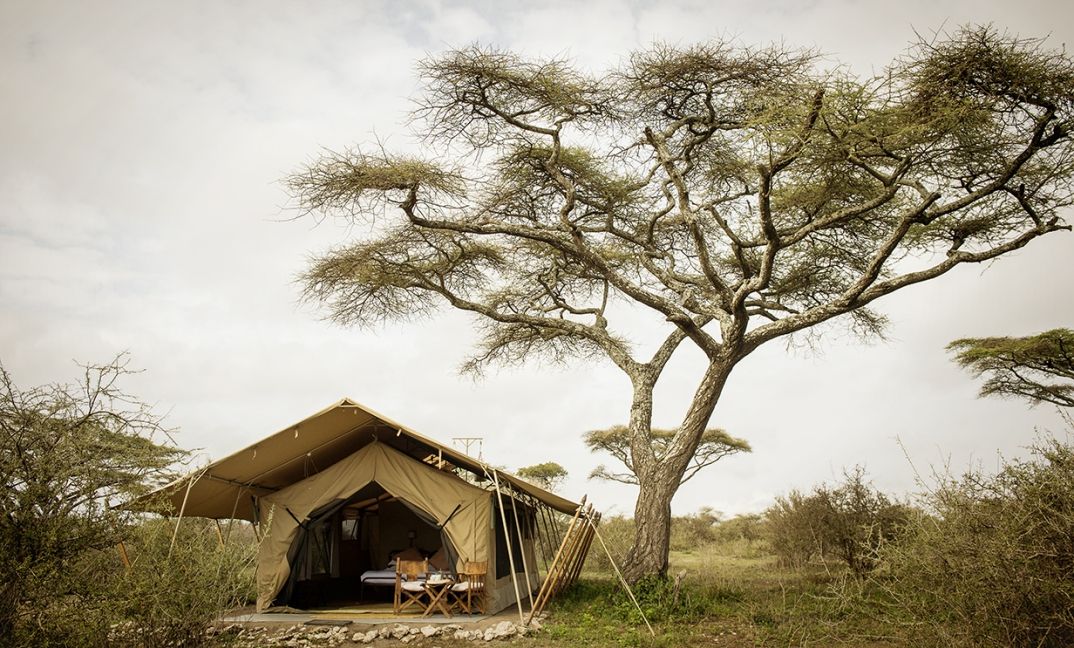 While the pattern of the migration varies from year to year, it runs from south to north, roughly between December and October. In line with this, Nomad Serengeti spends the start of the season, from around December to April. This is in the southern plains area and around Lake Ndutu, where the wildebeest herds spread out widely to graze and calve on the open plains. In May it usually moves to the Moru area of the central Serengeti, continuing north in June and July. This happens when it’s normally based in the Western Corridor and Grumeti area. And from July to October, the camp is based in its northernmost point, in the northern Kogatende area. During November, it moves back to the Moru area, on its way to the south.

The original concept behind the Nomad Tented Camps was to give people a good a safari experience. Able to break camp in a matter of hours and move on, we are glad that, today, they have stuck with this philosophy.

As the world of safari has become more and more focused on building luxury camps with spas and swimming pools. We are glad that there are still some companies that offer the raw experience of getting out. This is into the bush and really absorbing the sounds and smells.

The rooms and communal areas in Nomad Serengeti are fairly simple. This is with the emphasis on getting out into nature rather than spending all your time in your room. 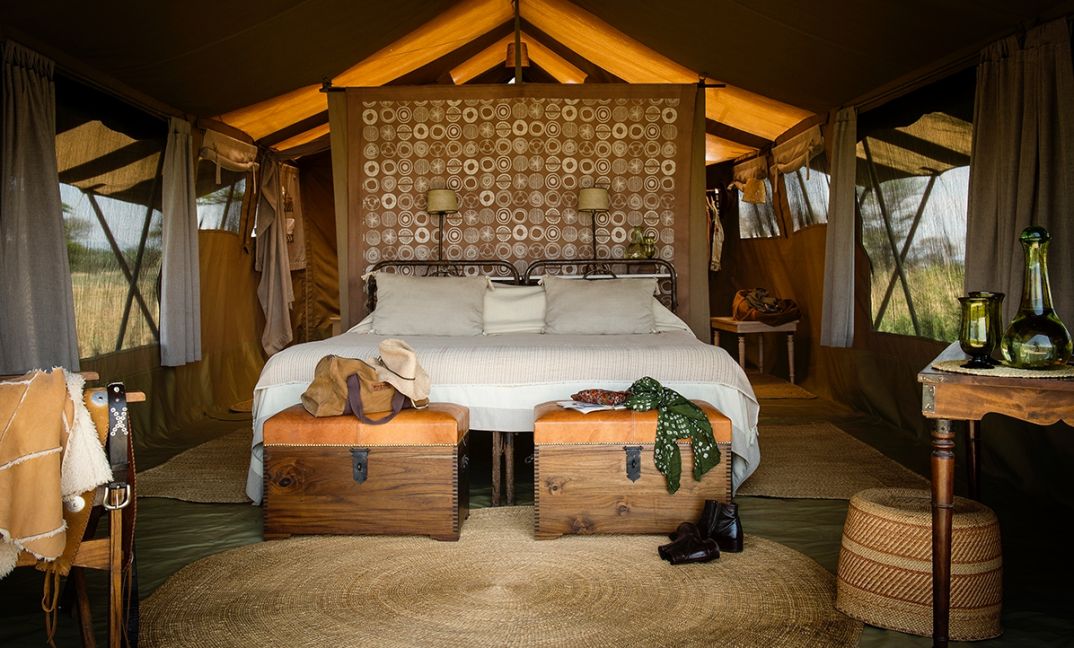 Not that this is to say that they are uncomfortable. But bucket showers and long drop loos are not for everyone. Although, even after a week, you will hardly notice the difference from what you are used to.

As mentioned, however, the focus is on the safari and, unlike in any other camp. Nomad Serengeti allocate each tent their own vehicle, allowing you to wander off and try to spot whatever it is that you like.